HOW DO YOU FIGHT A HORSE-SIZED DUCK?

If, like me and virtually everyone else who hears this question, you replied ‘It depends on whether Ann’s married’, then you need to read this book. Especially if you’re about to go for a job interview.

Many firms these days use such puzzles as part of their recruitment process. William Poundstone has collected some of the most common examples, with the aim of helping would-be employees get their brains working in the right way. He’s also thrown in some ‘history of the job interview’ material, and produced an entertaining book we can all enjoy. 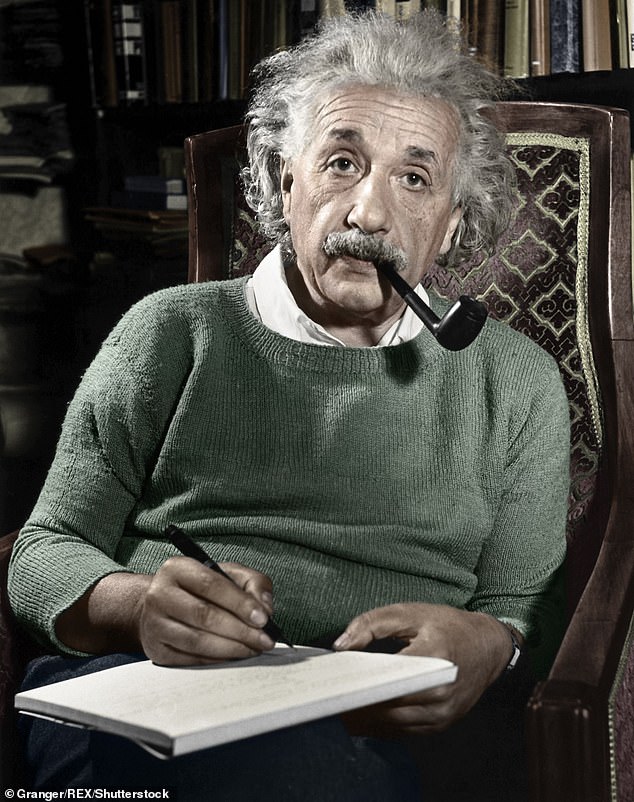 William Poundstone has penned an intriguing book about the most common questions asked in job interviews. Pictured: Albert Einstein

Thomas Edison, for instance, wrote a list of 146 ‘exceedingly simple’ questions to judge the people who wanted to work for him. Among them was: ‘What is the speed of sound?’ A newspaper tested Albert Einstein on this. The scientist replied that ‘he could not say off-hand . . . He did not carry such information in his mind, but it was readily available in textbooks.’ I think this says an awful lot about so-called ‘important’ information.

Similarly refreshing is Elon Musk, with his scepticism about academic qualifications. ‘There’s no need to have a college degree at all,’ he says, ‘or even high school’ for a job at his companies Tesla and SpaceX.

Instead Musk is interested in your ability to think and reason. His favourite interview question, which he used to ask all employees (even janitors), was: ‘You’re standing on the surface of the Earth. You walk one mile south, one mile west and one mile north. You end up exactly where you started. Where are you?’

If an interviewee replied ‘the North Pole’, Musk would say they were correct, but then ask ‘Where else could it be?’ As the book shows, there are an infinite number of points, all of them just over a mile north of the South Pole.

You walk south, then west ‘all the way around the world’ in a one-mile circle centred on the Pole, then north to where you started. (This is tricky to explain — the book’s illustrations help.)

Some modern companies sift job applicants by getting them to complete tests online, where part of the score is for reaction times. It’s all a long way from 1941, when Bletchley Park recruited codebreakers by secretly contacting the winners of the Daily Telegraph’s cryptic crossword competition.

Some questions are a matter of estimation. For example: ‘How much does the Empire State Building weigh?’ This is just a case of guessing its size, how much of it is made from which materials and so on. You’re being assessed on how well you can reason, as much as on accuracy. For what it’s worth, the building’s current owners say it weighs 365,000 tons. 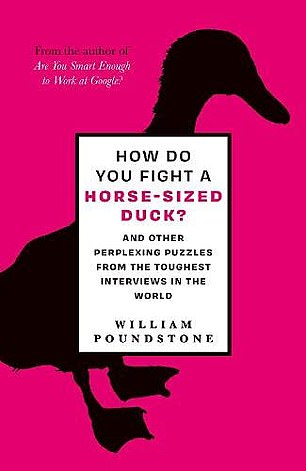 Then there are the basic maths questions, which can often be deceptive. If you drive the first lap of a racetrack at an average of 60 miles per hour, how fast do you have to go on your second lap to average 120 miles per hour overall? The answer is that it’s impossible.

Even if you drove at a million miles per hour, you could never get your average up to 120. That’s because you’ve taken all the allotted time on the first lap.

An easier way to envisage the same principle is ‘If I’m allowed to average one doughnut per day over a week, and I eat seven doughnuts on the first day, how many am I allowed from then on?’

Probability features heavily, and again it can trip you up. ‘Every day you go to the subway station and take the first train that arrives. Uptown and downtown trains are equally frequent, but 90 per cent of the time you end up taking an uptown train. Why should this be?’ The key here is not just the frequency of the trains, but the times at which they arrive.

Poundstone also tackles the ‘oddball’ queries, such as ‘You’re a new crayon in the box — what colour would you be?’ He says there’s no correct answer, but to my mind there is, and it’s ‘p*** off’. Overall, though, the book is highly informative and amusing.

And that ‘married/unmarried’ question? The answer is that whatever Ann’s status, a married person is looking at an unmarried one. If Ann’s married, it’s her looking at George. If she isn’t, it’s Jack looking at her.