Actor Deven Bhojani has been in the industry for more than three decades. Over the three decades in his career, he has acted in Bollywood as well as TV projects. He has made a mark for himself as a terrific actor in the entertainment industry. He started off his career in the TV industry with Malgudi Days. And after that, there was no looking back for him. He went on to do shows like Sarabhai vs Sarabhai, Office Office, Dekh Bhai Dekh, Shriman Shrimati, Ek Mahal Ho Sapno Ka, Baa Bahoo Aur Baby, Khichdi amongst others.

In Bollywood, the actor featured in films like Jo Jeeta Wohi Sikander, Andaz, Chalo America, Yeh Lamhe Judaai Ke, Agneepath, and others. Recently, Times Now Digital had a candid and tell-all interview with Deven Bhojani. And here's everything that he had to say:

Excerpts from the chat:

One push changed my life, made me an actor

“I did not really want to become an actor. I had enrolled myself in the topmost college of Mumbai, Narsee Monjee. I wanted to become a CA and was studying for it. Everything happened by fluke. My friend pushed me into an audition room, where auditions were going on for the intercollegiate festivals. He said go and do it, you will be good at it. I said no as I didn't want to get into drama. While we were talking, he pushed in the audition room and locked the door from outside. Literally, that one push changed my life. So, I went through the audition. To my surprise, I was selected to play the lead role in the very first play and I also won the best actor among all colleges in Mumbai. That's how I got into this field.” 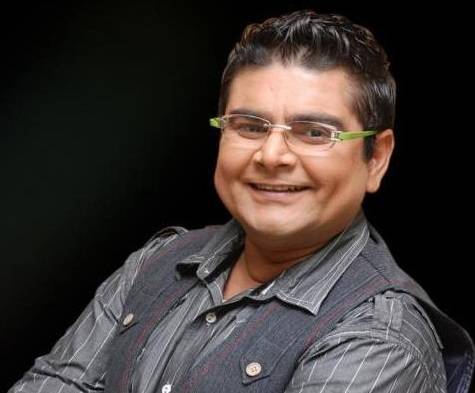 I bagged Malgudi Days without auditioning

“Then, with the director, I did various plays. That director was also doing an amateur play for Prithvi theatre. While rehearsing for one of the intercollegiate plays, Malgudi Days director's wife Arundhati Rao, who happened to be my director's friend, was looking for a character for one of the episodes. There were short stories of Malgudi Days. She was looking to cast Nitya who was 16, she asked my director if he knew anything. My director suggested my name. Arundhati also happened to talk to another friend of hers. And he also recommended my name. By that time, I was doing a second play for Naushal Mehta. Without even auditioning, she cast me Malgudi Days. And that's how that show happened.”

My first chaska of fame happened with Malgudi Days

“No, I didn't even know that I was an actor. As I said, I was pushed into the audition and then I got selected. But I started enjoying the plays, process, and discovered myself as an actor. Malgudi Days happened and I got recognition, people from the neighbourhood started recognizing me. I used to travel by train those days, people would recognize me. So that's the first chaska of fame. I started enjoying it. This was not a thing in my mind. I wanted to be a CA. I gradually got into plays and things like that.” 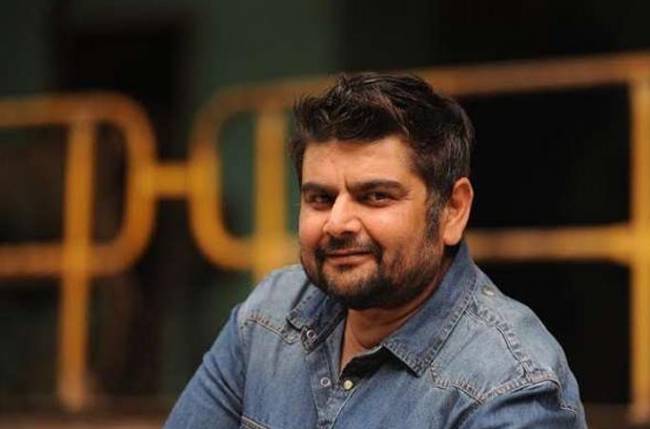 “And then, Jo Jeeta Wohi Sikander happened. I was supposed to go to Ooty for the shoot. At that time, I was also doing a job. I was working as a salesman in some company. I quit the job and asked my father if I could go for the shoot. I told him to give me two years of my life, If I make it, I make it otherwise I will become CA or whatever you want me to or whatever I want to. I asked for 2 years and he happily gave me. My mother was also happy about it. I went for Jo Jeeta Wohi Sikander‘s shoot and at the same time, I also started assisting Mansoor Khan in my acting period. So, that's when director ka keeda also happened. After the release, I got recognition as an actor, I also got the nomination for the Filmfare award. I was quite thrilled and then I just went with the flow.”

The medium didn't matter to me

“For me, I was too young to look at it (transition from TV to films) that way. For me, to do acting whether it was in theatre, TV, or films, I enjoyed the process. The medium didn't matter much then. Honestly, even now. I would not specially say that acting is different on TV or in films, acting is acting. The character, show, genre- there are other aspects that need to be looked at. Other than just the medium.” 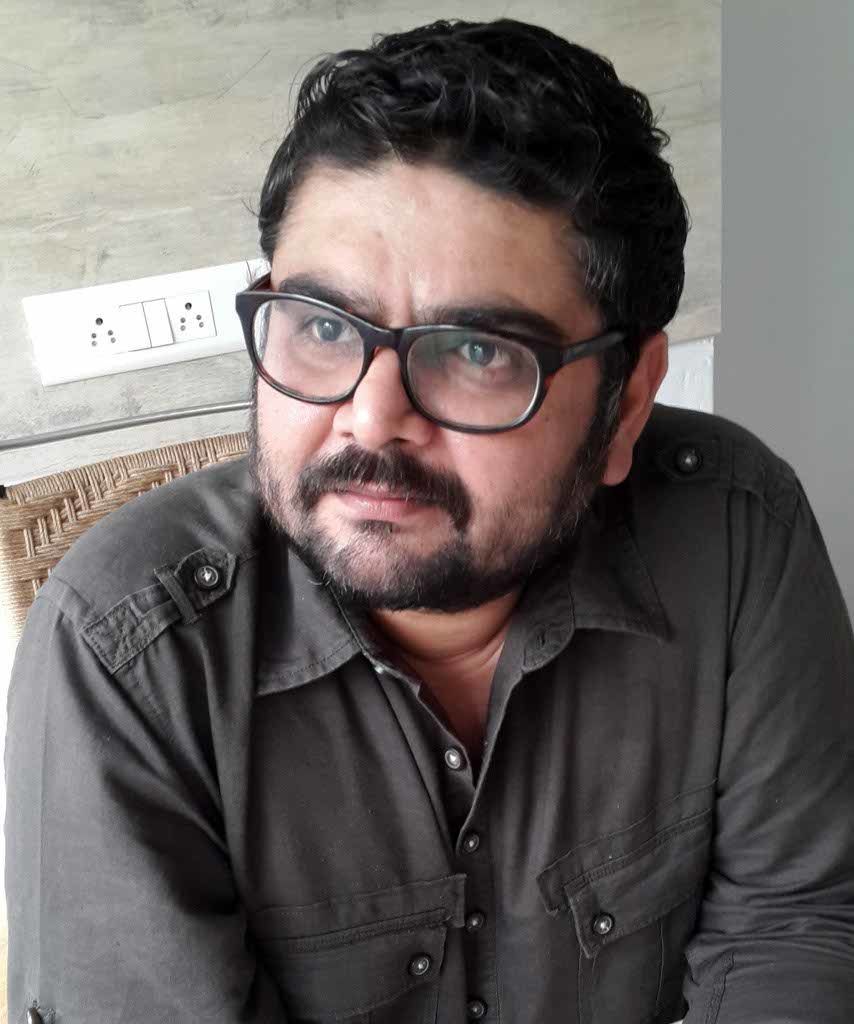 “I have been lucky to portray various characters that became popular. But one character of Gattu from Baa Bahoo Aur Baby became an iconic character. So, the show lasted for six years, and all throughout those years, I won the best actor award in all award shows. Not only the awards, but the love and popularity I got from Gattu were phenomenal. I can remember it for life.”

A lady took ‘mannat' to walk up to Siddhivinayak for Gattu

“There was a phase in the show where Gattu is lost and full family is looking for him. That track went on for about a month or so. There was a lady in Vile Parle, she was so attached to Gattu, that she walked up to Siddhivinayak for 10 kilometers. She had asked for a mannat that Gattu mil jaye family ko. Such things happened. There used to be Gattu ki naam ki Rakhi during Raksha Bandhan, Gattu's kites during Makar Sankranti, there were Gattu's water bottles and bags in supermarkets, so it was like oh wow.” 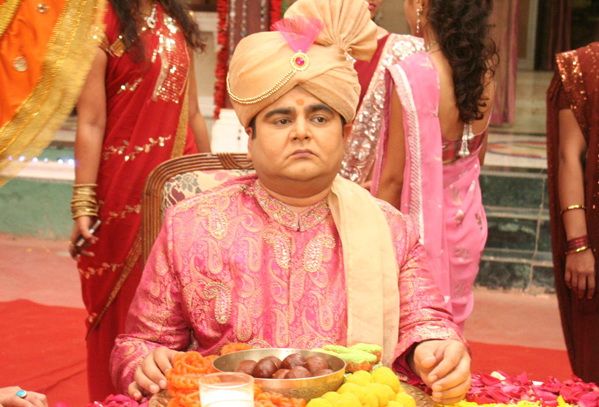 “There was one kid who was suffering from cancer. He expressed one of his last wishes that he wanted to meet Gattu. So, when I got to know about it, I just rushed to meet him. I feel that particular character got in my skin.”

I was jobless and offer less for four to five months

“I was really fortunate that I did not struggle. Things just kept falling in my lap. I didn't want to become an actor but I became one. I didn't want to become a director but I became one. Except for one particular phase of three to four months where I was jobless or offers. I would willingly not do things for six or eight months. I preferred sitting at home rather than doing a project just for money or some other reason. For about four or five months, I was looking for work. What happened was I was doing three shows for one particular company and that company had an issue with that channel and all my shows went off-air overnight. People were under the impression that I was doing busy three shows and there was no way that I would have time. People also thought that I would work only for that particular company. So they would not approach me.” 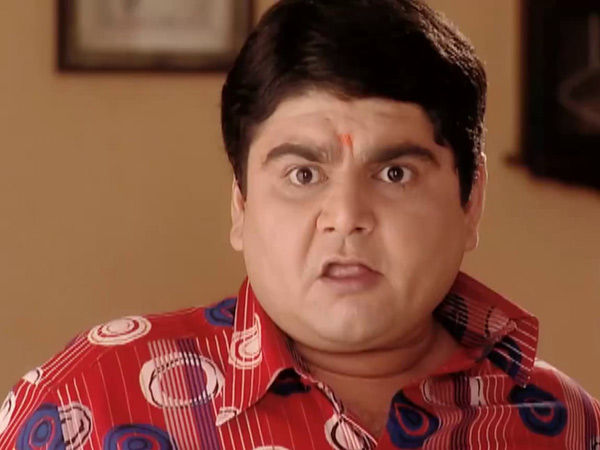 My mother strongly asked me to refuse a mythological show

“After four to five months, I let people know. I approached three-four people and let them know that I am available and interested in doing work. Then again, during that period, I was offered Ganesh's role in one of the mythological shows. And since I was desperate to work, I was contemplating to accept that offer. I got to know that I would have to wear some prosthetics. Because of the trunk, I wouldn't be able to eat for some 8 to 10 hours and I will be given some juice to drink. My mother got to know about it and she said there's no way you are going to do it. She strongly asked me to refuse the offer. I said I have been sitting at home for four months but she said even if it takes four years, do not take up a role where you are not able to eat for 10 hours. Mother is a mother (laughs).”