How Harry Styles navigated solo stardom, from One Direction to ‘Fine Line’ 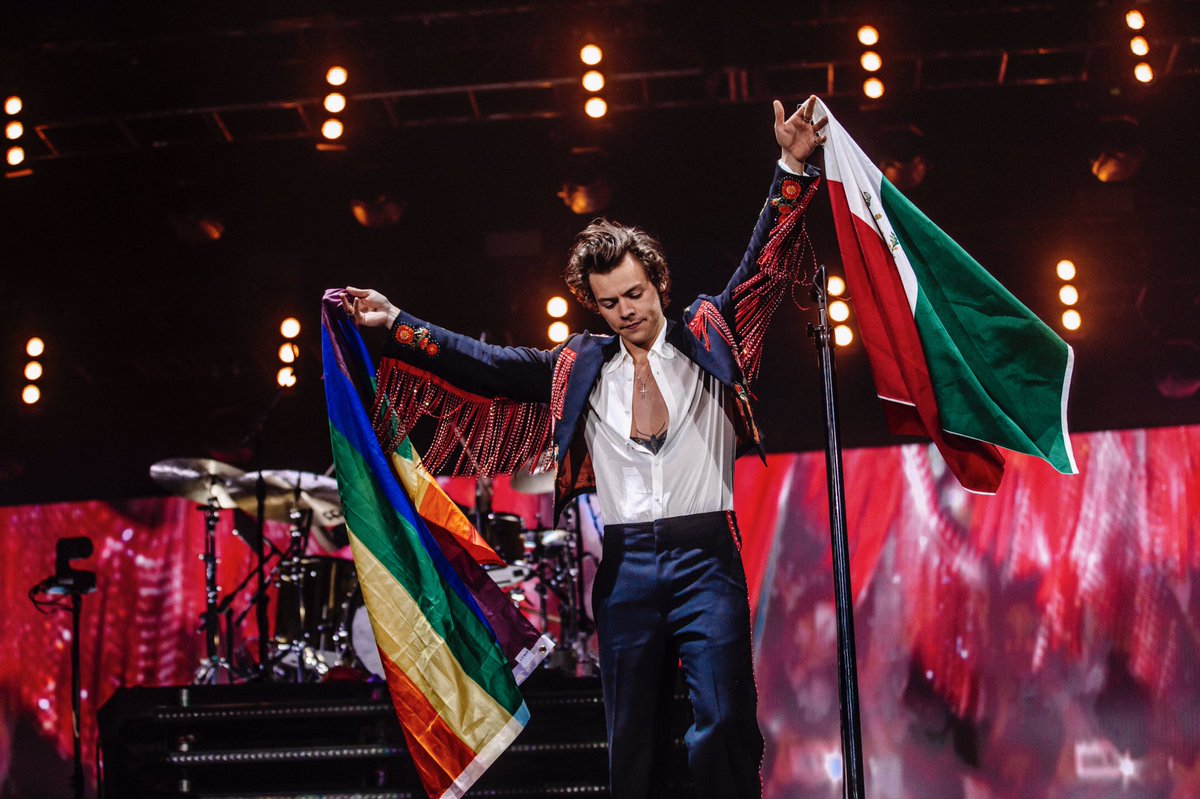 Whether it’s a bold album cover in which he dons high-wasted white pants and a pink button-down or a talk-show guest stint in which he’s interviewing his exes, Styles somehow seems over the top and compellingly genuine in equal measure. But it took awhile for him to get here.

You can pinpoint the start of Styles’s gradual metamorphosis to his first “X Factor” audition: It wasn’t his softly hung scarf and skinny jean combination that predicted his perpetuity but a natural charisma coaxing you to take notice, lean in and trust him. Simon Cowell saw something, and so did we.

Here are the ways in which Styles has expertly navigated the path to solo stardom while maintaining an air of authenticity.

Using — and not using — social media

After One Direction’s official hiatus began in 2016, Styles took an immediate and unofficial stance of shutting up on social media and promptly signed a multimillion-dollar deal for three solo albums. His Instagram, once filled with black and white filtered images of inspirations like Nirvana and behind-the-scenes shots of tour life, ceased normal production.

Then a few months later, he posted three blank white tiles to Instagram, a dramatic cue signaling a major announcement. Reaction was swift and the next day, Styles posted three covers of his first interview and photo shoot as a solo star.

The shoot with Another Man magazine allowed Styles to create a perception of himself entirely separate from One Direction (even the publication title felt symbolic). In that interview, and even now, Styles remained grateful — indebted, even — to the band. He often went out of his way to talk about how much he loved what he did.

“The nice thing for me is that I’m not coming away from the band feeling like I wasn’t able to do what I wanted to do,” he said in the interview conducted by Paul McCartney. It was a sentiment nearly the opposite of Zayn Malik’s rejection of the group years after he departed in 2015, and it’s a gratefulness that Styles has carried throughout the stages of his career.

Styles has continually and publicly defended his fans, who are primarily young and female. “I just think it’s a little naive to just write off younger female fans, in particular, in the way people do,” Styles said in a 2017 interview with the New York Times. “Like I’ve said, young girls were massive fans of the Beatles. It’s crazy to think they’re not intelligent.”

Those fans are the same ones who pore over every post and decode his social media tactics as soon as they get the ding of a notification. Most recently, he has swapped strategic silence for an elaborate marketing gambit involving a fake island called Eroda, or “adore” spelled backward; his third single is called “Adore You.” (And don’t think it’s just former One Direction fans who are on board: CNN host Jake Tapper is among the followers of the faux island’s Twitter account.)

Cementing his role as a multihyphenate

Often thought of as the Justin Timberlake of the group, Styles naturally sparked curiosity from people who wanted to see what he planned to do with his newfound freedom. And like Timberlake, he booked a solo gig at “Saturday Night Live,” recently doubling as host and musical guest — the kind of prestigious responsibility given to true multihyphenates ready to claim the stage and screen. (He also wore a shirt emblazoned with the word “SEX” during the good-night part of the SNL episode, in typical 25-year-old fashion. He’s an adult now, guys!)

This week, he graduated to guest-hosting James Corden’s “The Late Late Show” for a night. And while he gallantly refused to rank his former bandmates’ music and playfully flirted with ex Kendall Jenner, Styles seemed at ease as an exaggerated version of himself.

Styles has always seemed to buck tradition as an ex-boy band member, keenly aware that people are looking at him but ready to subvert their expectations. His self-titled freshman album, released in 2017, was coated in soft pink hues (the original title was “Pink”) and had a natural intimacy in a new yet familiar sound. And once fans became attached to his famously long locks, the singer got a dramatic haircut, a move that signified a fresh start — and coincided with a new role in Christopher Nolan’s World War II drama, “Dunkirk.”

As his solo career progresses, Styles has grown alongside his fans, trying on different hats while maintaining the boyish charm that initially drew people to him in the first place.

Becoming a (kind of) queer icon

The debate over Styles’s sexuality has often been the most popular but least interesting thing about him. The real conversation is how he has used the fuel of speculation to become a supportive ally.

His music, however, tends to play with the idea a bit more. In “Medicine,” an unreleased song cut from his debut album, he sings, “The boys and the girls are in / I mess around with him and I’m okay with it,” an insinuation of sexual fluidity that caused a minor firestorm online. “Lights Up,” the lead single off “Fine Line,” was coincidentally released on National Coming Out Day with similarly vague lyrical patterns. His musical clues feel like confessions, teetering on the edge of an admission but not quite conceding.

Styles has offered up similar iterations when pressed about his sexuality in interviews, giving variances on the same answer: “No, I don’t feel like it’s something I’ve ever felt like I have to explain about myself.” His answers are gentle but firm, brimming with self-awareness. But in the same breath, he has given a much more important answer: His LGBTQ fans are and have always been important to him. It is likelier that he will continue to wrap himself in pride flags on tour, paint his nails in pastels, star in the occasional raunchy sketch as a young queer employee mishandling a bread company’s social media and donate to queer organizations than outright label his sexuality. But people will still keep guessing — and caring.

Solo Styles clearly favors a modern-day ‘70s rocker archetype, both in appearance and sound. That ability to combine rock star sensibilities and 21st-century celebrity has turned him into an old soul disguised as a young pop star. Spoiler alert: It’s working.

Styles’s first solo single, “Sign of the Times,” was compared to David Bowie’s “Hunky Dory,” and his wardrobe — filled with vivid suit sets and flowing button-downs, presumably all kept in a frozen vault in London — were callbacks to a time long gone.

A recent Rolling Stone interview heavily featured Styles’s wide range of inspirations, from taking mushrooms to the profound impact that Stevie Nicks had on him. The man’s got nuance.

Styles feels like a modern-day chameleon artist with the ability to surprise and confound us yet keep us at arm’s length. It’s a rarity, considering the increasingly intimate digital landscape of the artist and fan relationship (something that Ariana Grande has turned into an art form on Twitter).