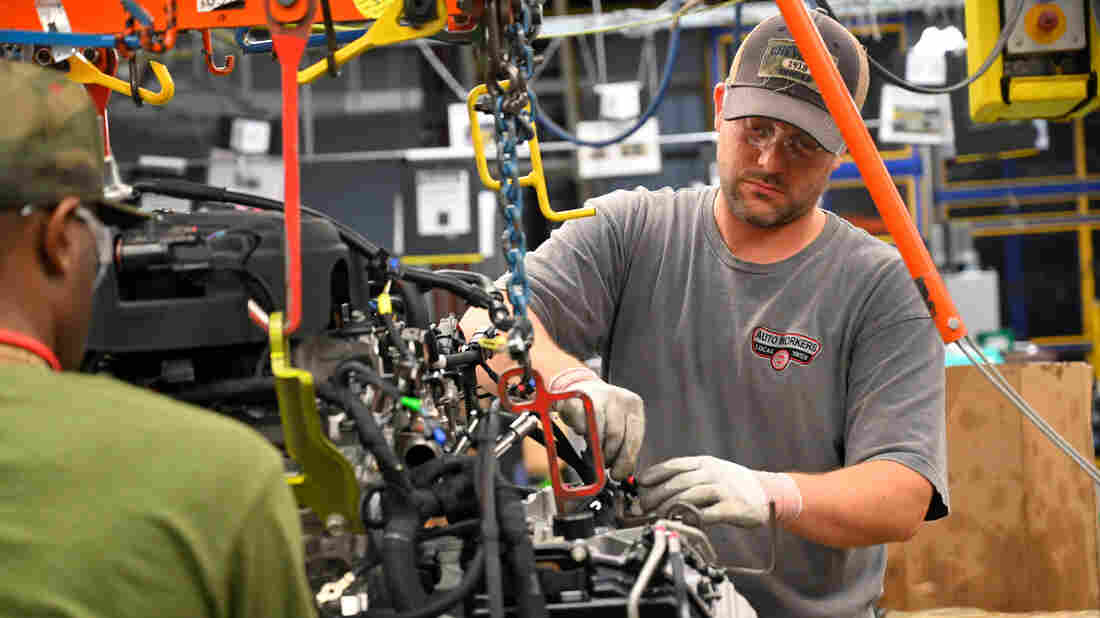 Workers assemble engines along the line at a General Motors plant in Spring Hill, Tenn. A nationwide strike by the United Automobile Workers at GM plants didn’t hurt U.S. job growth in October. 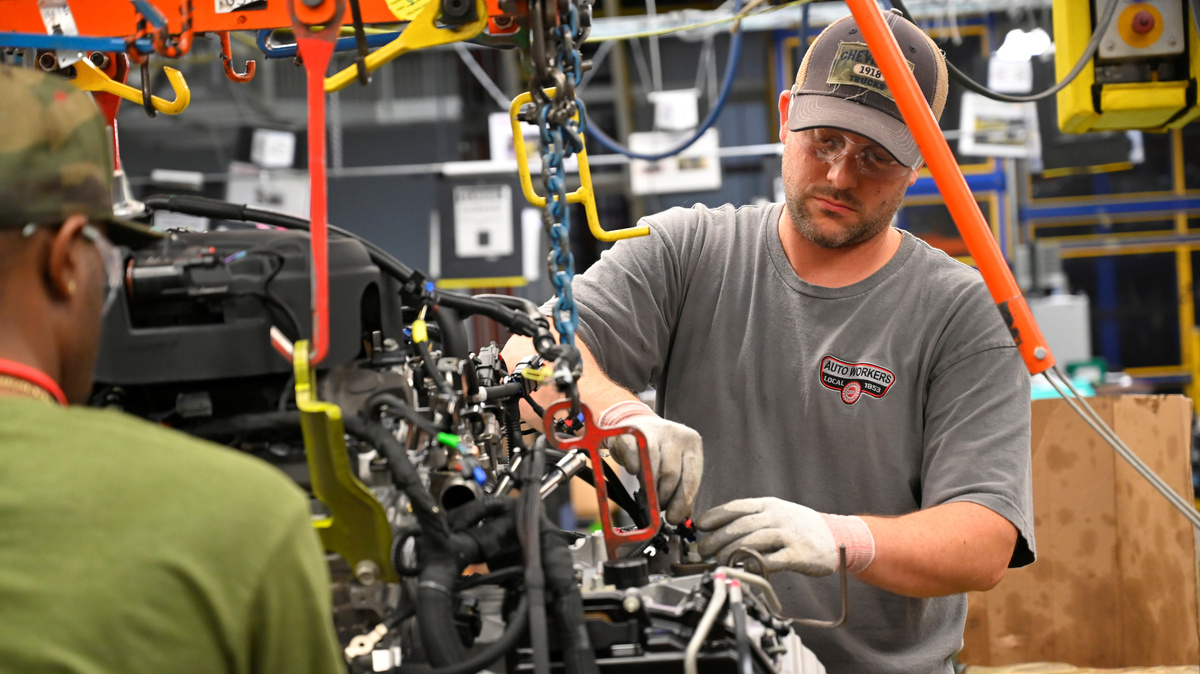 Workers assemble engines along the line at a General Motors plant in Spring Hill, Tenn. A nationwide strike by the United Automobile Workers at GM plants didn’t hurt U.S. job growth in October.

Friday’s report from the Labor Department suggests job growth remains resilient, despite the ongoing trade war and temporary setbacks such as the United Auto Workers strike at General Motors, which was settled a week ago.

Job gains for August and September were also revised upward by a combined 95,000.

“Overall, it was a very strong report when you consider some of the headwinds,” said senior economist Sarah House of Wells Fargo Securities. “While the labor market might not be growing quite as quickly as it was in 2018 or even in the early part of this year, it’s not collapsing by any means either. Employers are still out there hiring. More people are collecting a paycheck. And that’s all a good sign for consumer spending.”

Investors welcomed the better-than-expected report. The Dow Jones Industrial Average and the S&P 500 index both jumped sharply in the first hour of trading.

The GM strike did take a bite out of manufacturing employment. Factories shed 36,000 jobs in October. Some 46,000 GM workers are now back on the job after 40 days on the picket lines.

“They were starting to feel a little bit of the pinch, but they’re glad to be back,” said Randy Freeman, president of UAW Local 652 in Lansing, Mich. “They’re glad to be working, and having this behind them, and going into the holiday season.”

Manufacturing has also suffered from slowing demand in the rest of the world as well as the president’s trade war. A separate report from the Institute for Supply Management showed manufacturing activity contracted in October for the third consecutive month.

That was offset in the October jobs report, though, by strong growth in the much larger services side of the economy. Services — such as hospitality and health care — are typically consumed locally, and so are less affected by global forces.

The modest rise in the unemployment rate came as hundreds of thousands of new people entered the workforce.

“That’s encouraging that folks feel like there’s job opportunities out there,” House said. “We’re getting more people coming in and looking for work.”

Average wages over the past 12 months have increased 3%, a slight acceleration from the previous month.

The U.S. economy is growing more slowly now than it was earlier in the year — dragged down in part by weak business investment. On Wednesday, the Commerce Department reported that the economy grew just 1.9% between July and September.

Eventually, that slower growth could become a drag on the job market and that in turn would cut into consumers’ buying power. But Federal Reserve Chairman Jerome Powell told reporters this week he’s not worried yet.

“That’s a risk that we’ve been monitoring, but we don’t see it yet,” Powell said.

The central bank cut interest rates by a quarter percentage point on Wednesday to guard against further slowing. But Powell suggested that might be the last rate cut for a while, unless the economy worsens.

“Consumers are doing well and are focused on the good job market and rising incomes,” he said. “That is the thing that is pushing the economy forward and it doesn’t seem to have been affected so far by weakness in the other areas.”