This blog post was written in collaboration with Stuart Donovan, principal consultant of Transport Advisory and Economics at Veitch Lister Consulting in Brisbane, Australia.

Given these wider benefits, there is a pressing need to tackle planning regulations that hinder the development of compact, multi-model neighborhoods. While consumer surveys indicate many more households do want to live in such communities, a lack of supply often makes this difficult and expensive. Everybody benefits from policy reforms that help satisfy this latent demand, including motorists who enjoy less traffic and parking congestion, and reduced crash risk, when their neighbors shift to non-auto modes.

Recent urban policy reforms in New Zealand provide a model that, we hope, can be copied around the world. Some may scoff at the suggestion New Zealand could be a leader in urban policy. A recent New York Times article, for example, described New Zealand as a “… rural nation of lonely struggle.” Such descriptions are, however, misguided: New Zealand is—and always has been—a highly urbanized country where 87% of the population live in cities and towns, many of which are growing fast. Rapid population growth has collided with restrictions on housing supply, plus geographical and infrastructure constraints, to cause housing unaffordability problems. The Economist’s Global Cities House-price Index indicates that house prices in Auckland—New Zealand’s largest city—have grown 80 percent more than San Francisco since 2000.

These policies do not require six-story buildings or eliminate all off-street parking, rather they allow developers to determine the parking supply and building heights that is appropriate given demand. The emphasis on addressing regulations that act as barriers to compact development has enabled the changes to attract support from a diverse coalition, showing how well-designed Smart Growth policies can attract broad support. The Director of the pro-market New Zealand Initiative, for example, penned this recent opinion piece endorsing the removal of parking minimums.

How did the nationwide removal of parking minimums come to pass? The short answer is that these changes represent the culmination of years of experimentation, research, and advocacy. Key developments include: 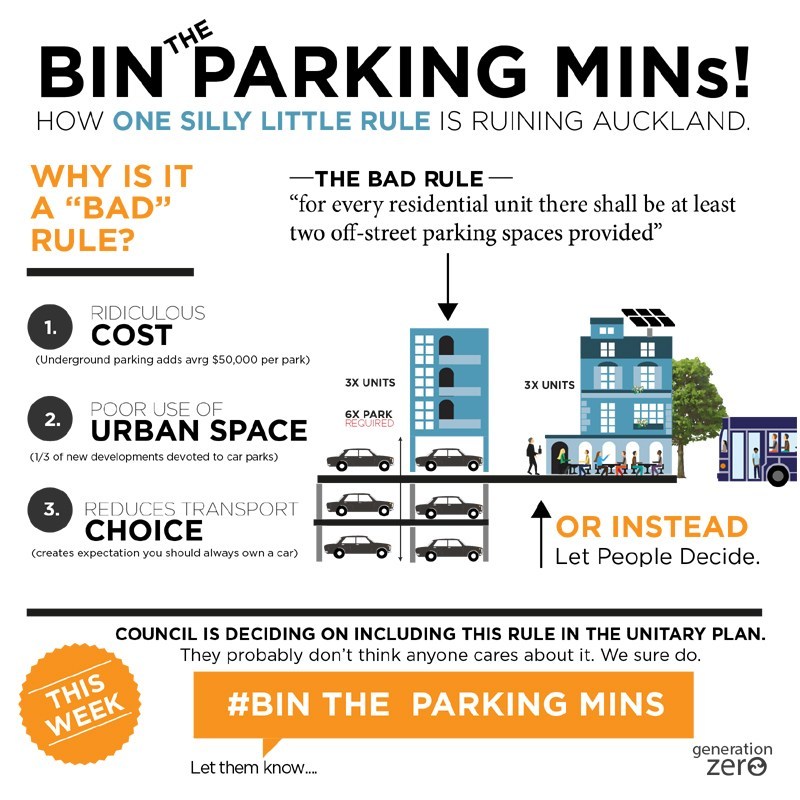 As well as progressing these developments, various professional organizations engaged widely with recognized parking experts to talk about why and how to rationalize parking policies. When Auckland proposed to remove parking minimums, for example, professional engineering and architectural organizations submitted in support of the proposals.

While the experience of Auckland and other cities highlighted the effectiveness of changes to parking policies and height limits, it also highlighted the relatively long time-frames and high costs associated with progressing changes to planning schemes for individual cities and towns. In this context, a key plank of the New Zealand reforms is the willingness of central government to step in. Rather than leaving such changes up to individual cities and towns, central government took action to ensure poor quality and restrictive planning did not stop New Zealand cities growing up rather than out. Urban Development Minister Phil Twyford, for example, observed such policies had “… driven up the price of land and housing, and been a big driver behind the housing crisis. When overly restrictive planning creates an artificial scarcity of land on the outskirts of our cities, or floor space because of density limits in our city centres, house prices are driven up and people are denied housing options.” In making these comments, Twyford stood on a solid and diverse base of evidence and support, carefully constructed by people working over the course of a decade in a wide-range of organizations. And by making these changes at a national level, New Zealand’s reforms go further and faster than most. 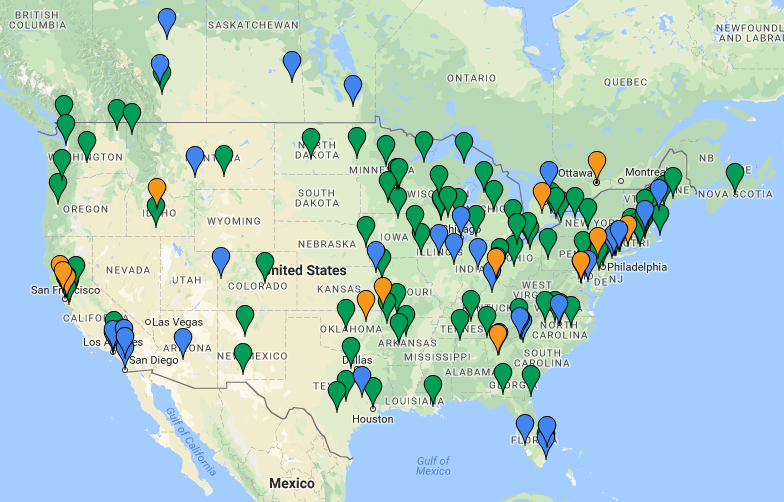 What comes next? Well, while most aspects of the changes, such as height limits, apply immediately, the removal of parking minimums has been deferred by 18-months to allow cities and towns time to scale up their parking management policies. The coming months provide an ideal opportunity for urban planners to engage with and address community concerns and misconceptions about the changes. Evidence shows, for example, that residents of compact housing with reduced parking supply located near transit stations generate far fewer vehicle trips (about half) than they would in conventional, automobile-oriented neighborhoods. There is also a need to gather new evidence: By documenting the effects of these changes on land use and transport outcomes, New Zealand can help lay the foundation for further policy initiatives, both locally and internationally.

The Economist (2017), “Parkageddon: How Not to Create Traffic Jams, Pollution and Urban Sprawl. Don’t Let People Park For Free,” The Economist.

Parking Reform Network is a non-profit organization with a mission to educate the public about the impact of parking policy on climate change, equity, housing, and traffic.